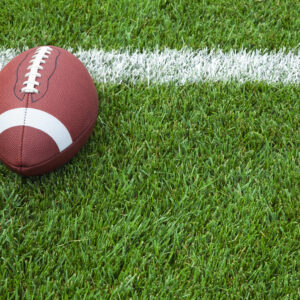 Philly is a football town. Need proof? Look no further than the legions of die-hard fans who waited more than 80 years for a Super Bowl win from the Eagles franchise that was founded in 1933. With the spectacular culmination of the 2017-18 season and a city-wide celebration on Feb. 8, it was inevitable that pre-season football would return again. As pre-season football goes, these first few warm-up games haven’t exactly been barn-burners. A 31-14 loss to the Pittsburgh Steelers was followed up with a 37-20 defeat at the hands of the New England Patriots – the same dynasty the Eagles toppled during Super Bowl LII a mere six months earlier. That’s the thing about the pre-season, though – starters are benched and nobody wants a season-ending injury before they are playing for keeps. Once the season gets under way, however, the city that bleeds green will be planning afternoon tailgating adventures and looking for the best cheesesteak near you to keep guests fed.

The final two pre-season games for the Eagles are scheduled for Aug. 23 and Aug. 30. In the former, they’ll travel to FirstEnergy Stadium, in Ohio, to play the Cleveland Browns while the latter will see the New York Jets take a short trip down the New Jersey Turnpike for a home game in South Philly. Fans who’ll be tailgating the Jets game are in a prime position to find the best cheesesteak near you, as it’s an 7 p.m. kickoff time and this Philly staple could be the perfect dinner. All you need to do is swing by Geno’s at 9th and Passyunk to grab a “whiz with” – or without; that’s fine, too – and head south to Lincoln Financial Field. The first official game of the 2018-19 season for the Philadelphia Eagles is a home game for the Birds against the Atlanta Falcons. Eagles Coach Doug Pederson, whose contract has already been cemented until 2022, according to ESPN, was lauded by team owner Jeffrey Lurie for being “aggressive” and a risk-taker. Only time will tell what this play-calling style means for the coming season.

So, what does all this football talk have to do with the best cheesesteak near you? In short: everything. Have you ever tried to watch an entire NFL game without food of some sort. Of course not, because your favorite football food is part of the overall experience. Whether you’re grabbing the best cheesesteak near you from Geno’s as you head to the stadium or are coming north after the game to fill up, we’ll have the rolls, ready, grills fried up, onions sizzling and steak cooking.