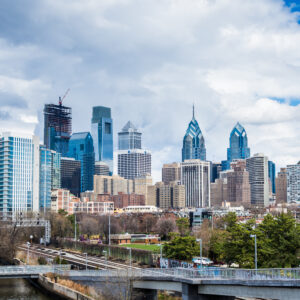 The Philadelphia 76ers might have missed out on the LeBron James free agency sweepstakes when “The King” decided to take his talents to Southern California to play for the Los Angeles Lakers, but Philly fans still have plenty to be proud of and there are still tons of reasons why The City of Brotherly Love is better than L.A.

To help lift your spirits after one of the best players in the NBA chose Rodeo Drive over Broad Street, here are five reasons why Philly is still better than L.A.

In Philly, you’re simply surrounded by great food. No matter where you are in the city, there’s always a good cheesesteak near you or some other delicious Philadelphia dish. Besides the best cheesesteaks in the world, Philly is also known for its hoagies, roast pork sandwiches, soft pretzels, and water ice (known as Italian ice in many other cities). The city’s Reading Terminal Market is also a landmark that any foodie should experience. This tourist attraction features more than 80 vendors that collectively serve nearly any type of food you can imagine.

While L.A. has all four major professional sports like Philly does, the sports culture in the two cities couldn’t be any more different. L.A. has some diehards too, but it pales in comparison to Philly fans that live and breathe to keep up with their sports teams. An example of this could be seen recently when the Philadelphia Eagles traveled to L.A. last season to take on the Los Angeles Rams. You didn’t have to be there to know that the Eagles fans took over the L.A. Colosseum. E-A-G-L-E-S chants were abundant and the crowd roared each and every time Philly made a good play. It was a true home game on the road for the birds. L.A. sports teams are usually competitive within their respective leagues, but their fans are certainly of the fair-weather variety, especially when compared to Philly fans.

Home of the Liberty Bell, Independence Hall, and the National Constitution Center, and Valley Forge National Historical Park, it’s hard to find a city in the country with more history than Philadelphia. As the first capital of our great country, Philly is one of America’s foundational cities that was integral in the formation of our democracy. From Benjamin Franklin to Betsy Ross, Philadelphia has been home to some of our country’s most significant figures and the city does an excellent job of capturing its long history in the form of tours, museums, and preserved landmarks.

It’s not that Philly doesn’t have its fair share of traffic, but the traffic in L.A. is horrific. Getting anywhere quickly in L.A. is nearly impossible. You’d think the city with the second-highest population in the country would have a more efficient highway system, but this simply isn’t the case. So at least next time you’re sitting in traffic in Philly you can calm yourself by thinking of someone in L.A. who is likely in a much worse gridlock than you.

Philly is tough. There’s no other way to put it. It’s a blue-collar city with an underdog mentality and these characteristics are carried on by its residents. You won’t find much of that in L.A. where typically people are much more laidback and less rough around the edges. But Philly’s grit is what gives its people character and helps them handle any obstacles life throws at them.

So sure LeBron, soak up all the sun you want and have fun playing in a more competitive conference. Philly is going to be just fine.