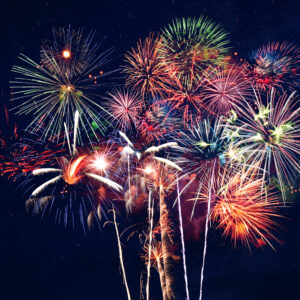 If you’re in Philly this Fourth of July, here’s a guide to some of the city’s most popular events for the holiday.

Those in Philly for the Fourth can start their Independence Day morning with a patriotic presentation at the Independence Hall from 10 a.m. to 11 a.m. The honorees at this year’s presentation are the Philly POPS and Frank Giordano. The Declaration of Independence will be read during the presentation, which will then be followed by music and remarks from presenters.

If you like parades, you’ll love this patriotic one featuring red, white, and blue floats, several marching bands and military groups, as well as more than 6,000 participants from across the country. This colorful and musical event marches through the streets of Philly’s Historic District.

The historical location where our country’s first president, General George Washington, and his army troops withstood the winter of 1777 and 1778 happens to be a great place to take the family for the Fourth of July these days. Valley Forge National Historical Park invites all for an outdoor picnic that will have live music, barbecue, weapons demonstrations, kids’ games, and Revolutionary War reenactments.

Party on the Parkway

Perhaps the largest celebration in Philly this year for the Fourth of July is the Party on the Parkway. From noon until 10 p.m. on the Benjamin Franklin Parkway, this huge outdoor celebration is highlighted by food trucks, live performances, family activities, zip lines, beer gardens, and more. And that’s not all! The evening is capped off by a free concert by recording artist Pitbull as well as a massive fireworks display that takes place over the Philadelphia Museum of Art.

Don’t miss out on the full Philly experience while celebrating the Fourth of July by making sure you stop by Geno’s Steaks for a bite to eat. After all, what better way to celebrate than catching some fireworks with the best Philly cheesesteak in one hand and an American flag in the other?