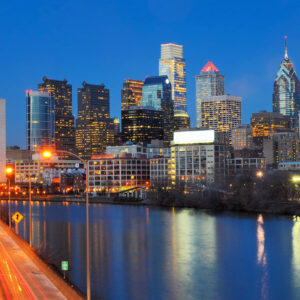 There’s no place quite like Philadelphia. The City of Brotherly Love is home to some of the finest restaurants, entertainment venues, and museums in the country. The city also features a rich history, a Sports Complex that is second-to-none, and a skyline that is truly incredible to behold.

But when it comes to finding the very best that Philadelphia has to offer, we’ve got you covered. As home to the best cheesesteak in Philly, Geno’s Steaks knows a thing or two about being a staple of Philadelphia culture. There’s a ton to love about Philly, but here’s some of the best the city has to offer:

If you’re looking for explore Philadelphia’s historical significance, there’s no shortage of places for you to visit in the city. As our nation’s first capital, Philadelphia is the birthplace of American democracy. Because of this, the city features historical landmarks such as Independence National Historical Park, The Liberty Bell Center, Independence Hall, the National Constitution Center, The Betsy Ross House, and more.

Philadelphia is also where you’ll find some of the best art and museums in the world. The Museum of the American Revolution, the Philadelphia Museum of Art, the Pennsylvania Academy of the Fine Arts, The African American Museum, and the National Museum of American Jewish History are all great places to gain some culture while in Philly. The Institute of Contemporary Art is also a popular destination for many, as are LOVE Park, the Mutter Museum, the Benjamin Franklin Museum, and the Penn Museum.

There are awesome attractions galore in Philadelphia. From The Franklin Institute, to The Philadelphia Zoo—the nation’s oldest public zoo—there are attractions for Philly visitors of all types. With carousel rides, mini-golf, burgers and more, Franklin Square makes for a nice place to spend a day outdoors, and the Eastern State Penitentiary makes for an interesting tour when the weather’s not as nice, especially around Halloween when the 19th century prison is transformed into a haunted attraction. Right across the river in Camden, NJ, you can spend the day on the waterfront and visit the Adventure Aquarium and Battleship New Jersey.

Philadelphia is extremely passionate about its sport. And nowhere is that more apparent than down in South Philly at the Sports Complex. Between Citizens Bank Park (Phillies), Lincoln Financial Field (Eagles), and the Wells Fargo Center (Sixers & Flyers), Philadelphians have their choice of some amazing sports venues that they can visit to go cheer on their hometown teams. With many Division I colleges in the city as well, there is also a strong collegiate sports presence in Philadelphia.