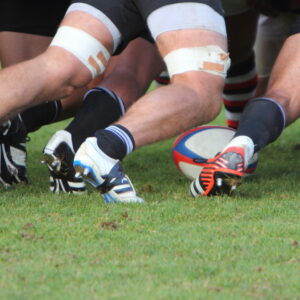 The Penn Mutual Collegiate Rugby Championship is coming to Talen Energy Stadium in Philadelphia June 1-3, and with widespread coverage by ESPN this year, the event is expected to get more attention than ever before as the top men’s and women’s collegiate rugby programs in the country compete for the nation’s top spot.

During the preliminary rounds (pool play), teams will be awarded points based on their results. A win earns a team three points, a draw earns two points, a loss one point, and forfeit zero points. At the end of the preliminary matches, six pool winners and the top two second place teams will advance to Cup play, which is a tournament to determine the national champion.

Those attending the event can park at Talen Energy Stadium lots A, B, and C for $15, or at an off-site lot at 4th and Edward St., which is also $15. Tailgating is allowed but space to do so is expected to be very limited.

The price of admission for a CRC ticket also includes access to the CRC Sports and Music Festival, a celebration of Philadelphia sports, culture and music. Sponsored by Dunkin Donuts, the sports and music festival is open all weekend long and features local bands, a beer garden, food trucks, various sports activities, and a Q&A with some American Olympic athletes.

We invite those who are coming in from out of town to attend The Penn Mutual Collegiate Rugby Championship to stop by Geno’s Steaks while in The City of Brotherly Love so that they can enjoy the best cheesesteak in Philly. You won’t want to leave Philadelphia feeling like you missed out on this staple of the city’s culture.