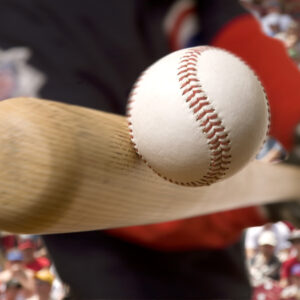 Not long ago the members of the Philadelphia Phillies were as recognizable as the best Philly cheesesteak itself, but these days the Fightin’ Phils are comprised of a group of young talent that is just beginning to make a name for itself in the MLB.

If you’re a diehard Philly sports fan, you might already be familiar with many of these young ball players, but for the more casual fan the new landscape of the Phillies roster requires a bit of a learning curve.

Currently fighting out a seemingly three-team race in the NL East with the Atlanta Brave and Washington Nationals, the Phillies have gotten off to a much hotter start to the 2018 season than many who follow baseball anticipated. In fact, the Phillies even got a short taste of first place at the end of May.

But who’s most responsible for the turnaround of a team who finished 2017 last in its division with a 66-96 record?

Let’s start with first-year manager Gabe Kapler, who played 12 seasons in Major League Baseball (MLB), won a World Series with the Boston Red Sox in 2004, and has now decided to test the waters of being a skipper in the big leagues.

Kapler brings a youthful style and analytics-driven approach to the Philadelphia’s clubhouse, and so far it appears to be working. He has his group of young players responding well and he’s receiving some mentoring help from a small group of veterans on the team such as first baseman Carlos Santana and pitcher Jake Arrieta, who were both acquired by the Phillies in the offseason via free agency.

But the bulk of Philadelphia’s homegrown players are young prospects that are either beginning to come into their own or still have plenty of growing to do.

Perhaps the most notable and most successful so far has been pitcher Aaron Nola, who currently ranks fifth in the MLB with a 2.18 ERA, 0.94 WHIP, and seven wins. The 25-year-old hurler has shown some dominant pitches and is quickly becoming one of the best arms in the game today. Nola is joined by two fellow 25 year olds in the rotation that have also been having career years so far—Vincent Velasquez and Nick Pivetta.

Caesar Hernandez (28), Odubel Herrera (26), and Maikel Franco (25) are all key cogs in the Phillies’ lineup that are under 30 years old and currently account for the top-three most hits on the team. Each has been with the club for several years now, unlike newcomers such as Rhys Hoskins, Scott Kingery and Jorge Alfaro.

While not rookies, Hoskins and Alfaro are in the midst of their first season getting regular playing time, and Kingery is a first-year player who was signed to a big contract extension and promoted to the majors at the start of the season. All three have had their fair share of struggles at the plate this season, which is to be expected from young players from time to time, but they each have shown flashes of brilliance and have Phillies fans excited for their future.

One more young player that Phillies fans must familiarize themselves with is relief pitcher Seranthony Dominguez. In 11 game appearances and 13.2 innings pitches, the 23-year-old flamethrower has yet to allow a run in the big leagues and has struck out 15 batters while sporting a 0.15 WHIP. Dominguez has also generated two saves already while filling in at the closer position, which has been a weakness for the Phillies dating back to last season. He is very young so it will be interesting to see how much the Phillies use him moving forward, but there’s a chance he could finish the year as the team’s closer.

There are still more than 100 games left to be played on the Phillies’ regular season schedule, so we’re sure to learn a lot more about this year’s team before it’s all said and done. But Philadelphia fans have to be pleased with the baseball they’ve seen so far and that has led to tons of excitement in and around Citizens Bank Park.