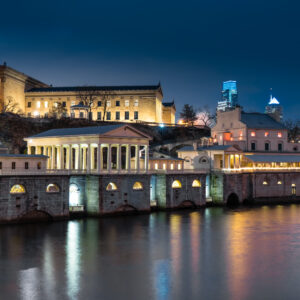 In the spirit of the PECO Multicultural Series that will begin in Philly this June and last through mid-September, this blog will explore Philadelphia’s unique culture and aspects of the city, such as cheesesteaks, that make it such an awesome place.

Philadelphia is more than just a city; it’s a way of life. Philly’s history and culture are exemplified by its people and they carry their innate traits wherever they go.

Besides contributing heavily to the entertainment industry in the form of music, television, and comedy, Philadelphia is also known for its significant landmarks and passionate sports fans. Not to mention, it’s America’s fifth biggest city and the birthplace of our country.

If you ever run into a Philadelphian, you’ll know it because they’ll possess these characteristics that those who come from the City of Brotherly Love are known for.

They know what real cheesesteaks are

If you’re in Philadelphia, there’s certainly a place to get an authentic Philly cheesesteak near you. Philadelphians know how to spot a real cheesesteak and are really the only people who can give a true critique of this popular sandwich. Whether you enjoy “Whiz With” or “American Without,” your cheesesteak is sure to be delicious if it’s from Philly.

They love being the underdog

As was evidence during the Philadelphia Eagles 2017-2018 Super Bowl run, Philadelphia loves being in the role of the underdog. Philly loves defying the odds and has done so many times, including when Villanova defeated Georgetown as the lowest seed to ever win the NCAA Basketball Tournament in 1985. Philadelphians will always relish the role of being doubted and likely prove others wrong with their performance.

They think of Rocky as more than just a movie character

Speaking of underdogs, has there ever been a bigger one on the silver screen than Rocky? In Philadelphia, Rocky is more than just a fictitious boxer. He is a mystical figure and representation of the grit and glory Philadelphia possesses. How many other cities do you know that have a statue of movie character that gets just as much respect and recognition as any landmark in the area?

They know good music and art

There is no shortage of good music and quality art in Philly. In the Colonial days, Philadelphia was known as “Athens of America” because of its artistic achievements. The Philadelphia Orchestra is considered one of the finest in the nation and venues such as the Kimmel Center and the Mann Music Center are iconic. The Philadelphia Art Museum and Rodin Museum are some of the world’s greatest museums and give Philadelphians plenty of clout when it comes to the art scene.

They cheer hard and celebrate harder

Philly is certainly home to some of the craziest fans in the country. But rather than call them rowdy, vulgar, overzealous, we’re going to go with passionate because that’s exactly what Philly fans are. Whether their teams are making a run or having a down year, the Philly faithful show their support and never turn their back on their squads. They’ll give as much praise as someone can take when things are going well and deliver equally as much heat if they feel let down a team’s performance. But the only thing Philadelphians do harder than cheer for their sports team is celebrate after a big win. Phillies and Eagles championship parades over the last decade have drawn some of the biggest crowds the city has ever seen.

They love sports entertainment too

Philadelphians love their “fake” sports too. Philly has been a professional wrestling hotbed for quite some time. In fact, in the 1980s the WWF and NWA both held shows at the Philadelphia Spectrum and Civic Center on the same night and both drew sellout crowds. Several wrestling promotions, including ECW, have gotten their start in Philadelphia as well.

There’s not necessarily a Philadelphia accent, per se—certainly nothing like you’ll find in Boston, New York, or down south. But some Philadelphians, especially in certain parts of the city, pronounce certain words a little differently or like to combat the Pittsburgh “yinz” with a Philly “youse.” Philly people also eat “hoagies,” not “subs.” If you hear someone say, “Hey, youse guys want to go get some hoagies and wooder ice?” then they’re from Philly.